If you’ve been paying any attention, you’ll probably have noticed the bubbly orange cocktail that’s swept the nation over the past couple of years: Aperol Spritz. Two parts Aperol, three parts Prosecco and one part Soda served with a slice of orange, the venetian spritz is in fact nothing new.

The Aperol Spritz was first popularised in Italy in 1919, but it’s only recently that its orange hue has stained our minds as a choice summer treat, much like an orange soft-drink in the sun as a kid. It’s not by accident, either; Campari’s marketing has used a collective and tactical push to see a 27% global sales growth in just the first quarter of 2019, and make Aperol Spritz the summer staple we have come to know and love.

First and foremost, exploit trends in the market

According to Campari, the parent company of Aperol, it was millenials in summer hotspots that shot the spritz to stardom. Starting in New York, the team noticed a trend of consumption at summer events, and invested in keeping the ball rolling – Aperol Spritz booths were installed at popular summer events including the Jazz Age Lawn Party, and the Governors Ball.

It was in the Hamptons that Aperol became the go-to drink for wealthy youths partying on the beach. A scooter car-turned-bar offered free spritzes to holidayers on the coast, and a bus ferrying people to and from the Hamptons from Manhattan was wrapped in orange Aperol fashion. On the other side of the country, spritzes were served from the windows of Instagram-worthy booths at Splash House in Palm Springs, Kaaboo Festival in Del Mar, and Eat See Hear in LA.

Down under, Aussie holidayers were coming home from decadent European hotspots raving about the mysterious orange drink selling for three euro on Venetian street corners, and before long the spritz took our fair country by storm. For the third year in a row Aperol sponsored the Australian Open. The Aperol Spritz Beach Club was a hit with their spritzes being the most popular beverage at the event.

Consumer tastes are ever changing, and increasing interest in cocktails and mixology has people actually conversing with their bartender, asking for suggestions and learning about what they’re drinking. This is reflective of consumer culture in the age of social media, as we are seeing customers doing more research than ever about their purchases, and traditional advertising is falling short in the keen eye of the viewer. To effectively harness social media in the current market means a significant difference to marketing results.

Once the ball started rolling for Aperol, it took little effort to keep it going: people are obsessed with the photogenic quality of the drink, and producing content that spreads the thirst for Aperol like wildfire. The bubbly orange sunshine served fresh in a stemmed glass has proven the immense power that social media can have on consumers, and the evolving consumer behaviour that millennials are bringing to the table.

The current thirst for this refreshing orange beverage shows no sign of slowing down any time soon, so, here’s to how to make the perfect Aperol Spritz:

Pour into a wine glass in this order: 90ml Prosecco, 60ml Aperol, 30ml soda water, fill the wine glass to the top with ice, and garnish with an orange slice. 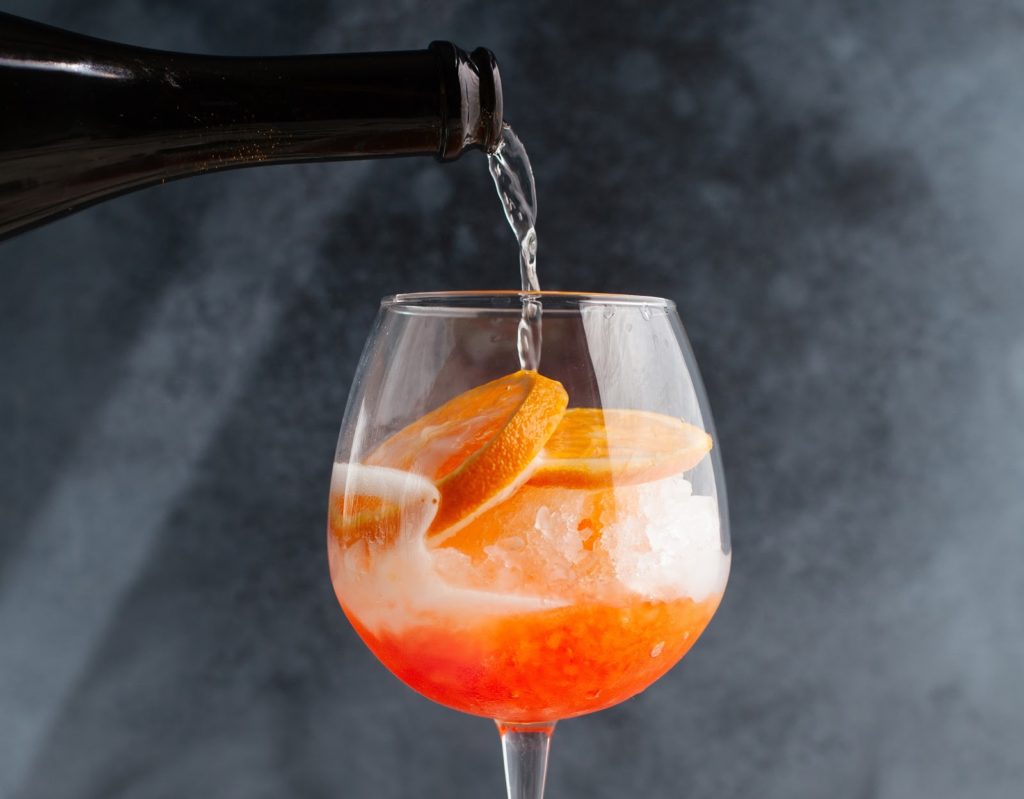